Fans of the Queen, listen to this!

PFC Auctions offers world class art, antiques and collectibles. They are currently offering a slice of the Queen’s wedding cake on the block.

It is an original piece of wedding cake from the marriage of then-Princess Elizabeth and Philip, the Duke of Edinburgh.

The cake is presented in its original Buckingham Palace case dated 20th November 1947 and is accompanied by a compliments slip reading:

A rare piece of Royal memorabilia and the first such piece of cake we have offered at auction.

Sign on with PFC Auctions today for your chance to bid on this historic royal item. Bid and Win For A Slice Of The Queen’s Wedding Cake!

The Queen has taken the historic step of shaking hands with former IRA commander Martin McGuinness today (June 27th). This is Her Majesty’s second history-making visit to Northern Ireland, the last time being her very first State Visit.

McGuinness, now Northern Ireland’s Deputy First Minister, was in a receiving line when the Queen and the Duke of Edinburgh entered the Lyric Theatre in Belfast. The event taking place was organized by a charity, Co-Operation Ireland, which works to bring communities together. It certainly does! [See the video here.] The Queen, dressed in lime green, shook his hand as cameras captured the moment.

The meeting is hugely significant. McGuinness would not meet the Queen during her first State Visit to the country last year, but had a change of heart afterwards.

“I was most impressed with her speech in Dublin castle [last year], when she talked about how we all wished things could’ve been done differently, or not at all,” McGuinness said in an interview for RTE.

Many people have wondered what must have gone through the royal couple’s minds as they met with McGuinness. CBS news writes that experts say McGuinness was the IRA’s chief of staff when the group assassinated Lord Louis Mountbatten, a cousin of the Queen and the maternal uncle of Prince Philip.

Mountbatten was killed in 1979 when a bomb planted on his fishing boat exploded. The blast also killed the boat boy and one of Mountbatten’s grandsons, and seriously injured his daughter Patricia and son-in-law, Lord Brabourne. Brabourne’s elderly mother, the Dowager Baroness Brabourne, died the following day from her injuries.

Time, it seems, has healed a bit of the rift. The IRA and Sinn Fein made the decision in 2005 to renounce violence and disarm. McGuinness says: “I want to be a Deputy First Minister for everybody.”

“Was I pleased that [the Queen] spoke Irish in Dublin castle? Yes I was. Was I pleased that she stood very reverently to honor those who had given their lives … for Ireland’s freedom? I was impressed by that.”

How cute is this!? Love it! How to remember your monarchs:

Or, you can remember them with this clever mnemonic:

Edward seven next, and then
George the fifth in 1910;
Ned the eighth soon abdicated
Then George the sixth was coronated;
After which Elizabeth
And that’s the end until her death.

The Wisdom Of Queens

Few remember now, but the regally wrinkled Queen Elizabeth II was once called the World’s Sweetheart. Trained for her role from birth by her parents and various tutors, she walked onto the world stage at age 25 fully equipped to do honor to her post. Kate Middleton, now the Duchess of Cambridge, entered the spotlight without a lifetime of preparation, but she seems open to learning how to play her part.

During Elizabeth’s 60 years on the throne–the longest reign in the 1,000-year history of the British monarchy, save for Queen Victoria’s–she has evolved from ingenue to wise grandmother …

From this week’s issue of TIME, on newsstands January 6th. [Read more]

Image by Getty Images via @daylife

This has been a banner year for Her Majesty. After two royal weddings and several successful tours, she now looks forward to her Diamond Jubilee in 2012.

Throughout the year, many events kept Her Majesty busy. We take a look back at 2011 in review:

Click the Queen to see Getty’s gallery of photos!

Her Majesty and the Duke of Edinburgh were greeted at the Royal Australian Air Force base by Australian Prime Minister Julia Gillard and Australia’s Governor-General, Quentin Bryce.

Bryce curtsied as protocol required upon greeting the Queen, but republican Gillard chose to shake the Queen’s hand and give a slight bow. It caused quite a stir and Gillard was pegged as “rude”.

“If she isn’t a royalist, it’s not a matter of that; it’s a matter of paying courtesy to a queen, to the Queen,” said June Dally-Watkins, an Australian etiquette expert.

Gillard said she was told to do what she “was most comfortable with”.

(It seems like Gillard is just plain confused about her role and the etiquette expected.)

Today, the second day of the tour, the royal couple meet with Bryce, the Queen’s representative in Australia, then continue on to visit Floriade, Australian’s version of the Chelsea Flower Show. The Queen and the Duke are also due for a tour of the gardens of Government House. 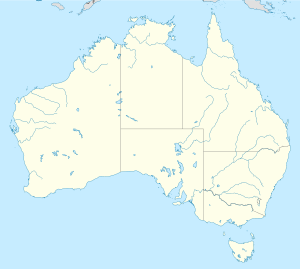 It has been announced by the Queen’s Press Secretary that Her Majesty and HRH The Duke of Edinburgh will arrive in Canberra on Wednesday, October 19th.

The Queen and Prince Philip will also pay a visit to both Brisbane (October 24th) and Melbourne (October 26th).

The couple will then travel to Perth on October 26th for the Commonwealth Heads of Government Meeting. They will depart Australia on October 29th.

Queen Victoria’s fourth child, Prince Alfred, was the very first member of the British Royal family to visit Australia in 1867.

The Prince of Wales (future King Edward VIII) visited Victoria in 1920. The prince represented his father, King George V, to thank Australians for the part they played in World War I.

On February 3rd, 1954, the new Queen Elizabeth II became the first reigning monarch to set foot on Australian soil. She was accompanied by her husband, the Duke of Edinburgh.

My name is Mandy, and this is The Royal Representative! I produce this blog to give people a new perspective on royalty - history instead of celebrity!
[read more]

Updates! Get Your Updates!